Worlds Worth Believing In 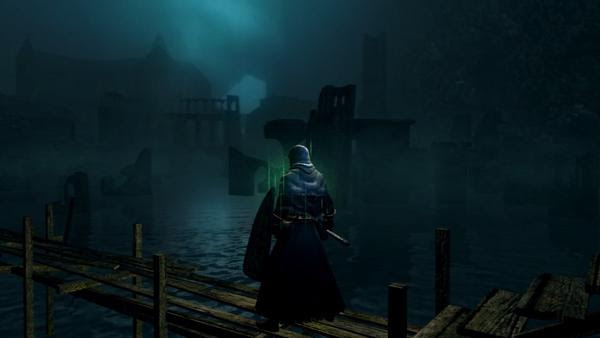 Over at Gamasutra, Ario Barzan has been exploring the art design and level layouts of Demon's Souls and Dark Souls:

A player’s awareness here was of a sort of realism to the environments that were, nevertheless, designed to an almost obsessive degree of exactitude. Near the start of one world, players could reach a parapeted walkway guarded by skeletal archers. Doing so showed that the archers were flanked by another skeleton that rushed in with spiny rolls and sword swipes. A memorable dynamic suddenly emerged: dealing with the swordsman, positioning oneself so that the archers’ arrows were blocked by parapets, and minding the arrows of a distant sniper from an opposite direction. Later on, this swordsman-type appeared in narrow, underground corridors, frustrating the assumption that one would always find them in more open spaces, and necessitating a change of combative strategy.