There And Back Again... 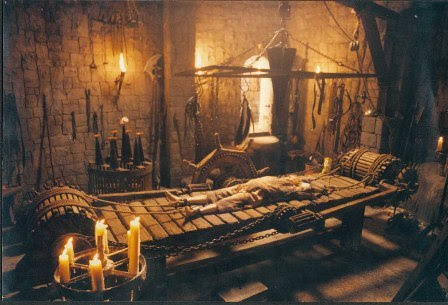 My last update to The Crow was August 13th. On August 14 I came home complaining to Sula that my back was a bit sore. I've now been sleeping on the floor in the loft for four months and have half a diagnosis (second mri to come in January) of tendonitis and compressed discs (also some bursitis, but that is a result of sleeping on the floor).

I'm having physio twice a week and things are improving. I went back to work in September and, thanks to a stand-up desk, have been managing fine.  I'm feeling better. So, here's an update :)

Mr Joe Abercrombie has been playing Dragon Age: Inquisition, and loving it:

The world isn’t truly open – it offers maybe ten or so regions you can open up and explore, but each of them is pretty damn big and beautifully realised, much less artificially enclosed than the likes of Mass Effect, and with all kinds of side quests and collections to get lost in.  Then episodes in the central storyline will occasionally take you away to other areas for some specific purpose, even into the world of dreams or a possible future… You don’t get quite the magnificent vistas, varied light and weather, and freedom of Skyrim, but the world still feels massive.  And there’s just a lot more actual people in it.  In Skyrim you feel you face the world largely alone.  In Dragon Age you feel you’re part of a group of companions, but also of a wider society, and there’s a strong sense that your actions impact on the world and people.

Sula has also been having a grand time with DA:I, and while I fully expect to get lost in it myself, I am totally addicted to World of Warcraft: Warlords of Draenor at the moment. The wizards at Blizzard have added a wee sim town for me to design and build, and NPC followers to find and enlist, who can be sent out on missions to bring back gold and XP and items. One of them will even act as a bodyguard for the player, joining you out in the world doing quests. This expansion is squarely aimed at the solo WoW player who'd like a more fully realized experience of the world.  It's awesome, and the hooks are in deep right now.

Sula and I are both off work for the next two weeks and have much game playing and laughing planned. Happy holidays to you and your tribe! Thanks for reading :)