Even More Lynch on Lamora

Scott Lynch continues to provide insights into the building of his novel The Lies of Locke Lamora. Now he's posted his casting choices: 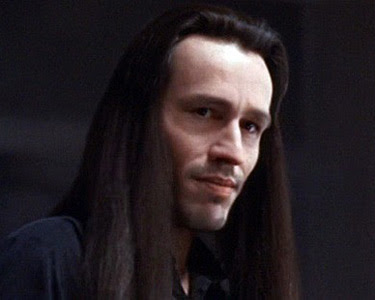 For the Gray King, I always had an eye on Michael Wincott. It's cliche to call an actor like this "underrated," since he's not underrated by anyone who actually looks for his work. He had a part in several major cult films including The Crow,the 2002 version of The Count of Monte Cristo, and Alien: Resurrection (in which he and his rag-tag band of extremely watchable rogues were the only bright spot). Come to think of it, he was Alan Rickman's straight man in Costner's crap Robin Hood flick, helping to anchor the only palatable bits of that movie, too. He was also superb in the otherwise bleh Along Came A Spider, one of those millennial "super serial killer" films that were stamped out by the half-dozen. Curriculum vitae aside, he's got wolfish looks, a gravelly voice, and a sinister presence he can turn on or off like a smile.